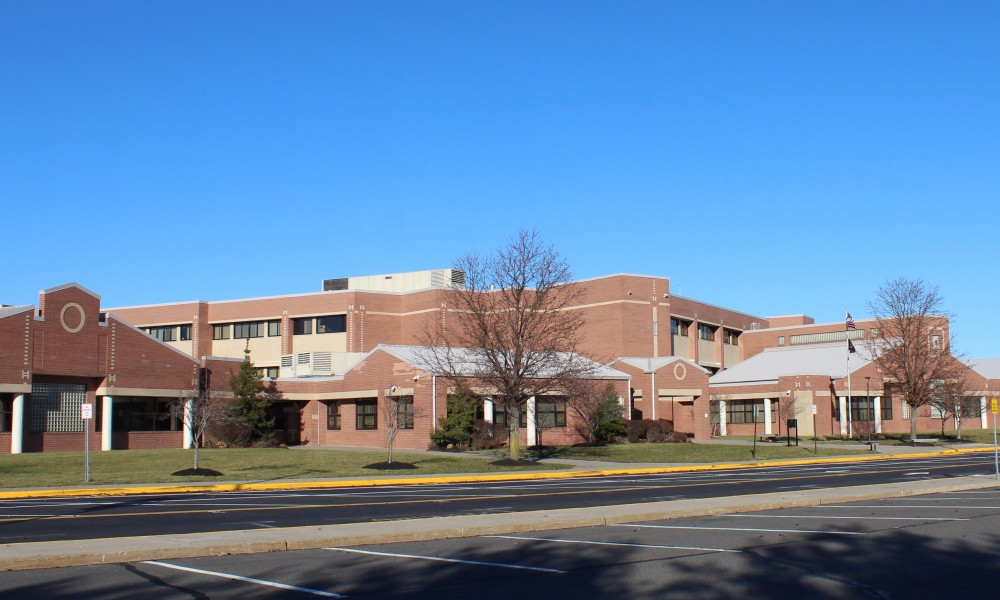 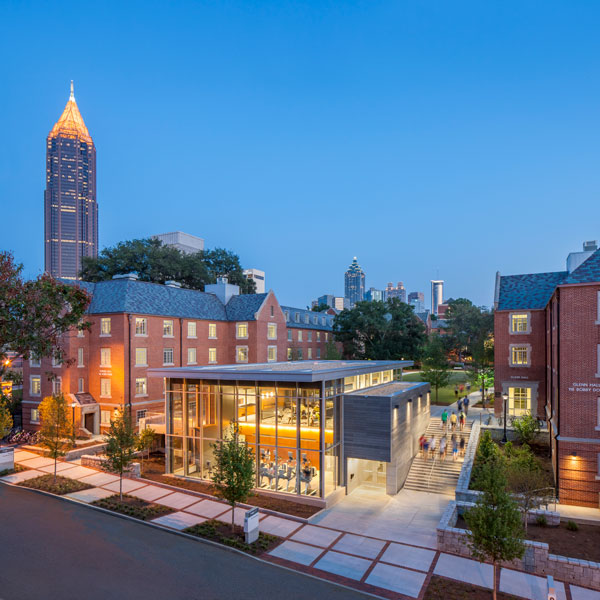 I am currently a college sophomore at Georgia Institute of Technology, where I plan to major in computer science with the threads Intelligence and Modelling and Simulation. I graduated out of South Brunswick High School June 2020. For more detail on my course load, please check my Resume or my LinkedIn.

Academically, I am extremely STEM focused and am geared towards computer science, physics, and mathematics. I enjoy finding the intersections of these fields and exploring them. Fields like Computational Mathematics/Physics, Artificial Intelligence, Modelling and Simulation, etc. apply knowledge of multiple of the three fields mentioned, hence they intrigue me.

I also was an officer for the Computer Science Club during high school. We hosted a local hackathon, HackSB, but due to the COVID-19 pandemic in the 2020, we ran SBCTF, a Capture the Flag event, instead in 2020.

May 2021 - July 2021:
I have joined Bloomberg full-time again in summer 2021 for a software engineering internship at the New York office this time around! My project with the DL Metering team entailed looking into the pros and cons of migrating to Bloomberg's internal big data infrastructure from the existing Apache Kafka pipeline currently in use. After weighing the upsides and downsides of the migration, I created a pipeline using the new software to run in parallel to the existing pipeline and comparing the two methods.

September 2020 - December 2020:
In fall 2020, I began my first semester at Georgia Tech, but I also continued to work as a part-time intern remotely for the Bloomberg Dayton, NJ data center. During this time, I was becoming more familiar with the team and was more immersed into the team workflow. Attending sprint reviews, weekly check-ins with my manager, and sprint planning sessions, I was further immersed into the Agile process. I also began a new project during this time, in which I took the team's internal api and integrated GraphQL with the API while adding a new health monitoring portion to the API. The goal was to eventually move the entirety of the API to GraphQL, but for the time being we ran both REST and GraphQL in parallel. I also began development a server health monitoring dashboard to view the data returned by the API.

July 2020 - August 2020:
During the summer of 2020, I worked at the Bloomberg Dayton, NJ data center as a full-time software engineering intern. In my time there, I worked with the Data Retention team to create an automation script to prevent catalog failures due to overfilled file systems. The automation script would run through a series of system checks and determine the best course of action, which could range from removing old logs or sending a disk expansion request through Bloomberg's ticketing system. The internship also allowed me to get my feet wet into the Agile workflow, using tools like JIRA throughout the course of the internship.

January 2022 - May 2022
I joined Georgia Tech Research Institute as a part-time robotics research student assistant. I am working on adding machine learning and computer vision capabilities to the ARTI robot. The ARTI robot already has a lot of capabilities, some of which are described here. The goal of the current project is to add functionality so that the robot can use the eight on board cameras to detect and track people, detect and report faulty inventory, and even more! The robot uses an Nvidia Xavier as its primary processor and integrated graphics chip.

January 2022 - (Current)
I joined EdgeXLed as an independent software engineering contractor. I am working on a project to build the frontend and backend for this new digital signage wholesale company. The frontend components include both a fully designed and development website and a portal that clients can use to estimate costs, generate pdf quotes, save their previous estimates, and more. The backend components include the code to generate and serve the pdf quotes, price estimates, authentication, user management, and more. I am building the frontend using the React framework and the backend using various AWS services including Lambda, S3, CloudFront, API Gateway, Cognito, Amplify, and more.

January 2022 - May 2022
I joined the VIP program here at Georgia Tech and am working with the Big Data and Quantum Mechanics team. I am currently in the process of undergoing training in catalysis, density functional theory, computational chemistry methods, and machine learning methods. Concurrent with the training, I am also working on a project with a team of four other people to simulate the reaction 2H2 + O2 -> 2H2O + O2 and calculate its reaction energy. Then, we will use a neural network to approximate the solution much faster than running the full simulation each time.

June 2019 - August 2019
I joined NetElixir as a digital marketing intern over the summer of 2019. For this internship, I developed an AI Game to exhibit the capabilities and limitations of AI tools. The game essentially trained a neural network on the actions that you take while training it. Then during game play, you could allow the neural network play whenever you hit "P". I also developed and pitched a digital marketing strategy for a client and received training on a variety of topics including Statistics, Forecasting, SEO Strategy, SEO Content, Paid Search Strategy, and Social Media Marketing.

October 2019 - July 2020 After moving through the S.W.A.T and leadership positions, I became a part-time martial arts instructor at MPAMA in October 2019. This meant I was teaching the curriculum and values of this martial arts institution including discipline, honesty, etc. I also was leading students through martial arts forms and teaching different sparring techniques.

March 2016 - October 2019
During these years, I was a part of the S.W.A.T team and the Leadership team at Master Peter's Academy for Martial Arts (MPAMA). Being a part of the S.W.A.T team meant helping the instructors our during class, usually with smaller things like helping specific students or fixing mistakes throughout a martial arts form. At this level, I also received training in leadership and communication skills. Once I moved up to the leadership team the instructors started handing off smaller groups to me to teach and the responsibilities increased. I also continued to receive leadership training.

To see more of my projects check my github at gh.bhagat.io

Here are some of my non-programming hobbies that I like to spend some of my free time on.

I also have been messing around with the following programs and creating some basic things with them. I am a beginner with these tools, but am going through tutorials and using what I learn to create some fun projects. For example, I recently used blender to create a model of my home desk/room setup as shown below. I also use Adobe Premiere and Blender to edit videos for assignments. 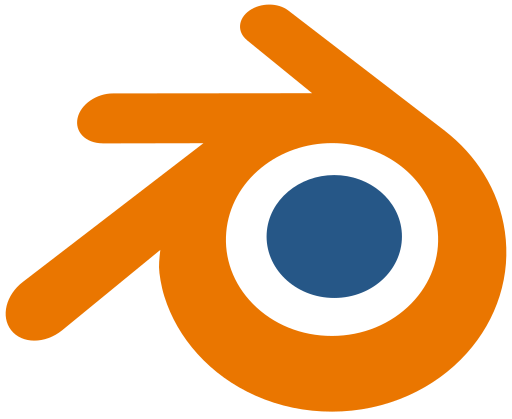 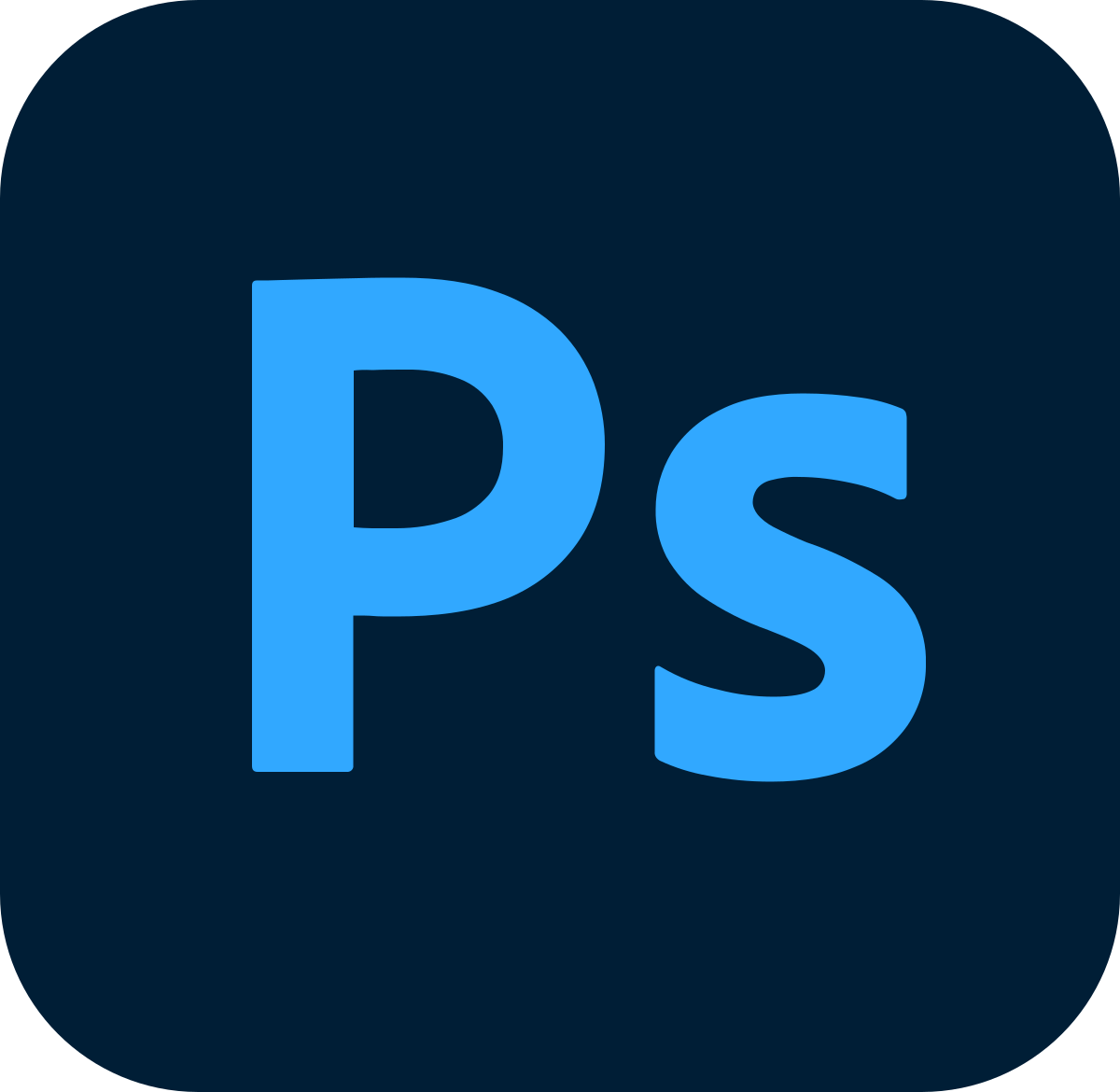 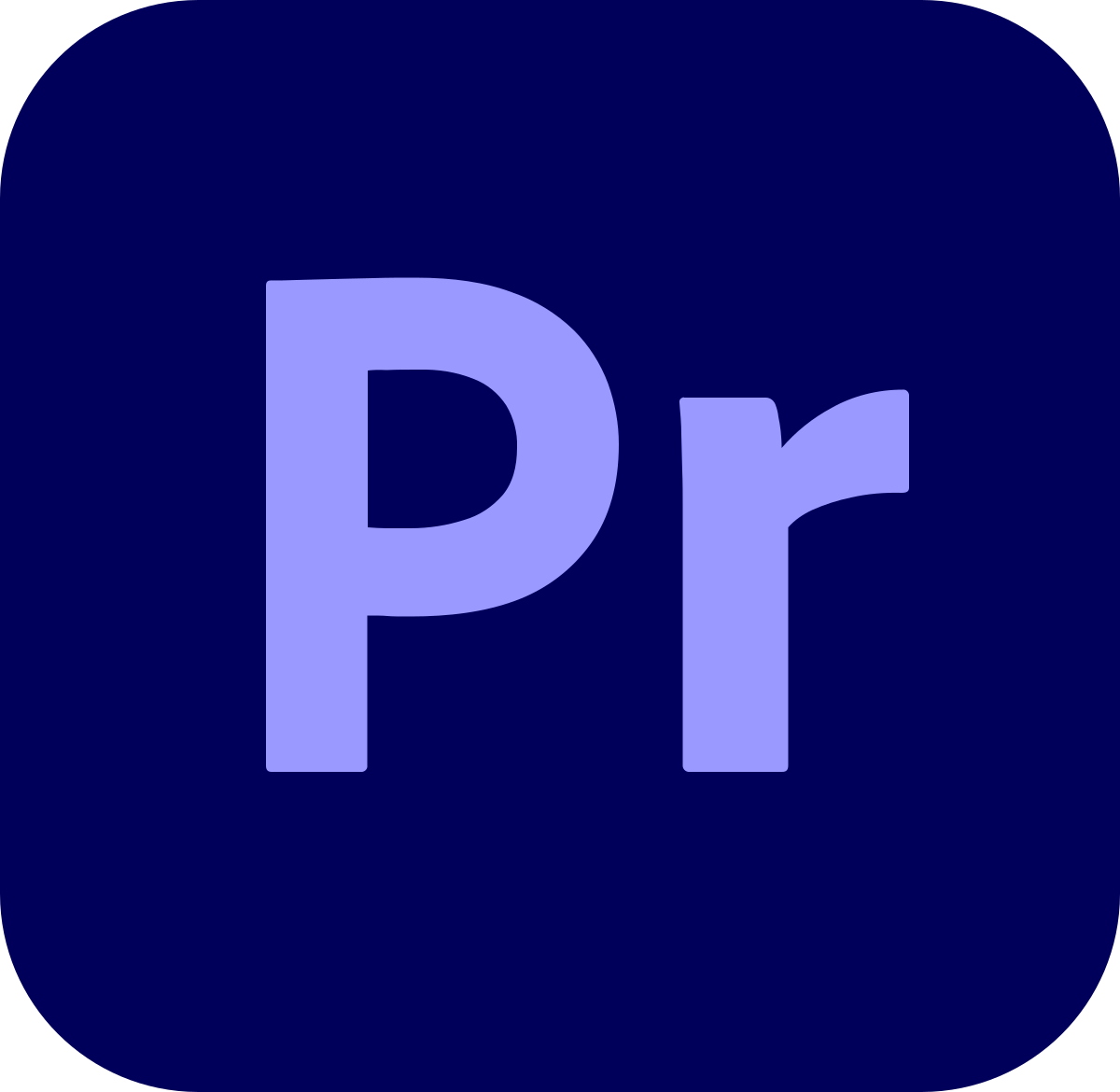 I have been doing martial arts since I was 7 years old, and it has not only molded me physically but has also shaped me into the person I am today.

In all this time, I earned a second degree black belt in Taekwondo and became a part time instructor here at MPAMA. Before the COVID pandemic, I began doing training in BJJ (Brazilian Jjiu-Jitsu) and MMA (Mixed Martial Arts), extending beyond the Taekwondo I have been doing. However, the pandemic led me to take a break for almost a year.

However, I am continuing my martial arts training now at American Top Team Atlanta now that I am living in Atlanta for college. I am training in BJJ, Muay Thai, and MMA.

Martial Arts is something that I have always enjoyed and plan to continue to practice for the rest of my life. 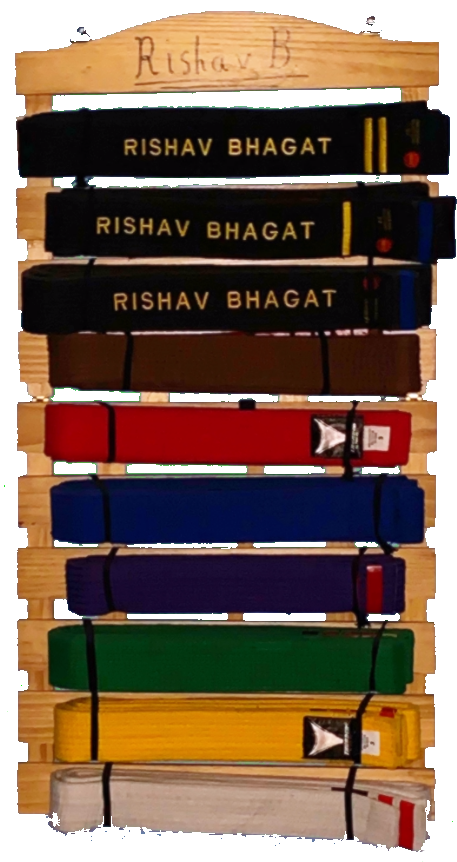 I started playing Magic: The Gathering (MTG) when I was 11 years old and have continued to enjoy it as one of my favorite hobbies since.

I mainly play commander (EDH) with friends, but I also enjoy going to events such as sealed and draft. The commander decks that I play are displayed and listed below.

On MTG Arena, I play draft and occasionally the other formats offered. My roommate and I have also created a Magic: the Gathering club here at Georgia Tech. If you are at GT, check us out at mtg.bhagat.io. We are running commander nights, draft, and prerelease events.

I also like to keep improving my tech setup, since it boosts my productivity and entertainment. 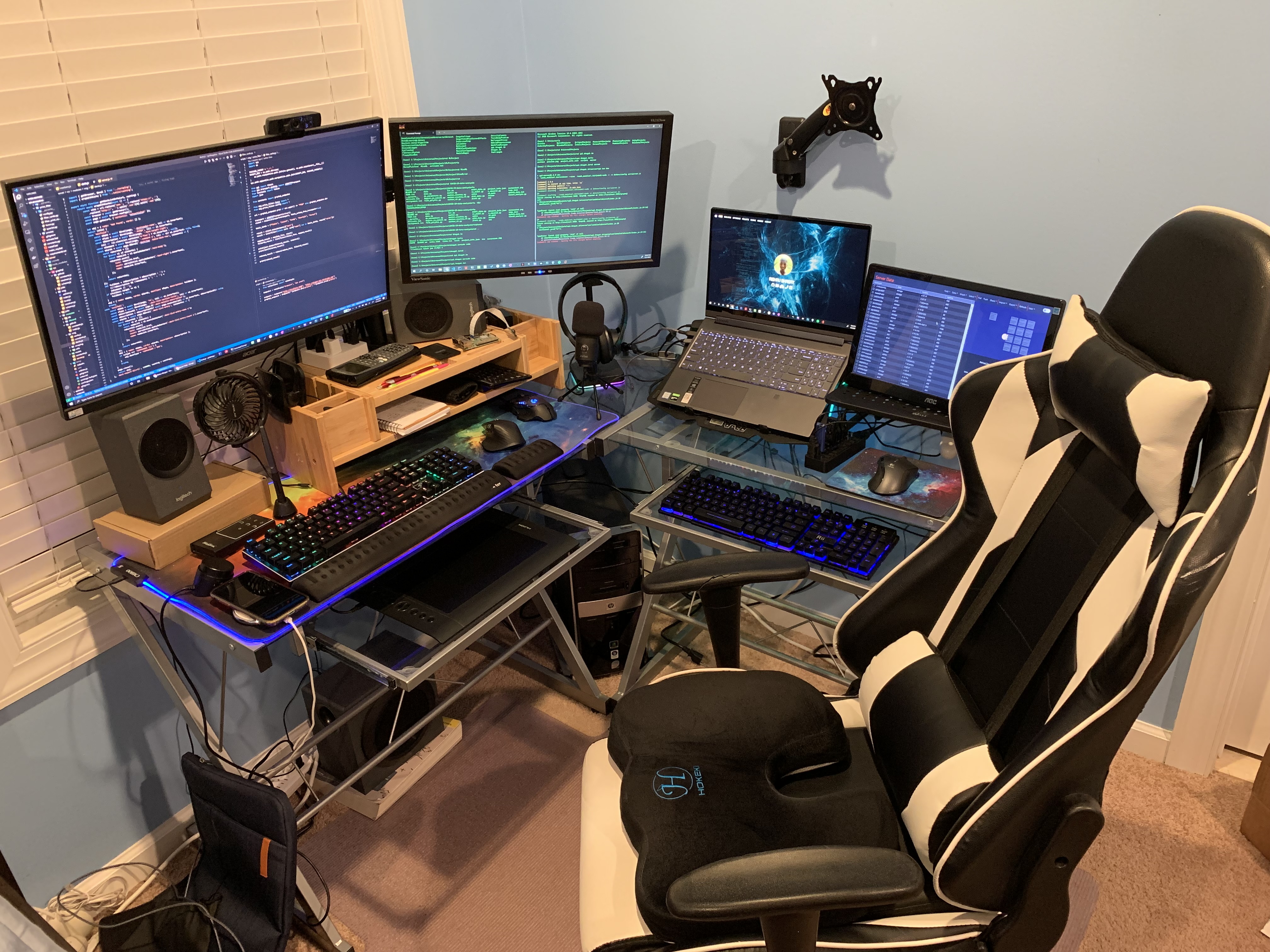 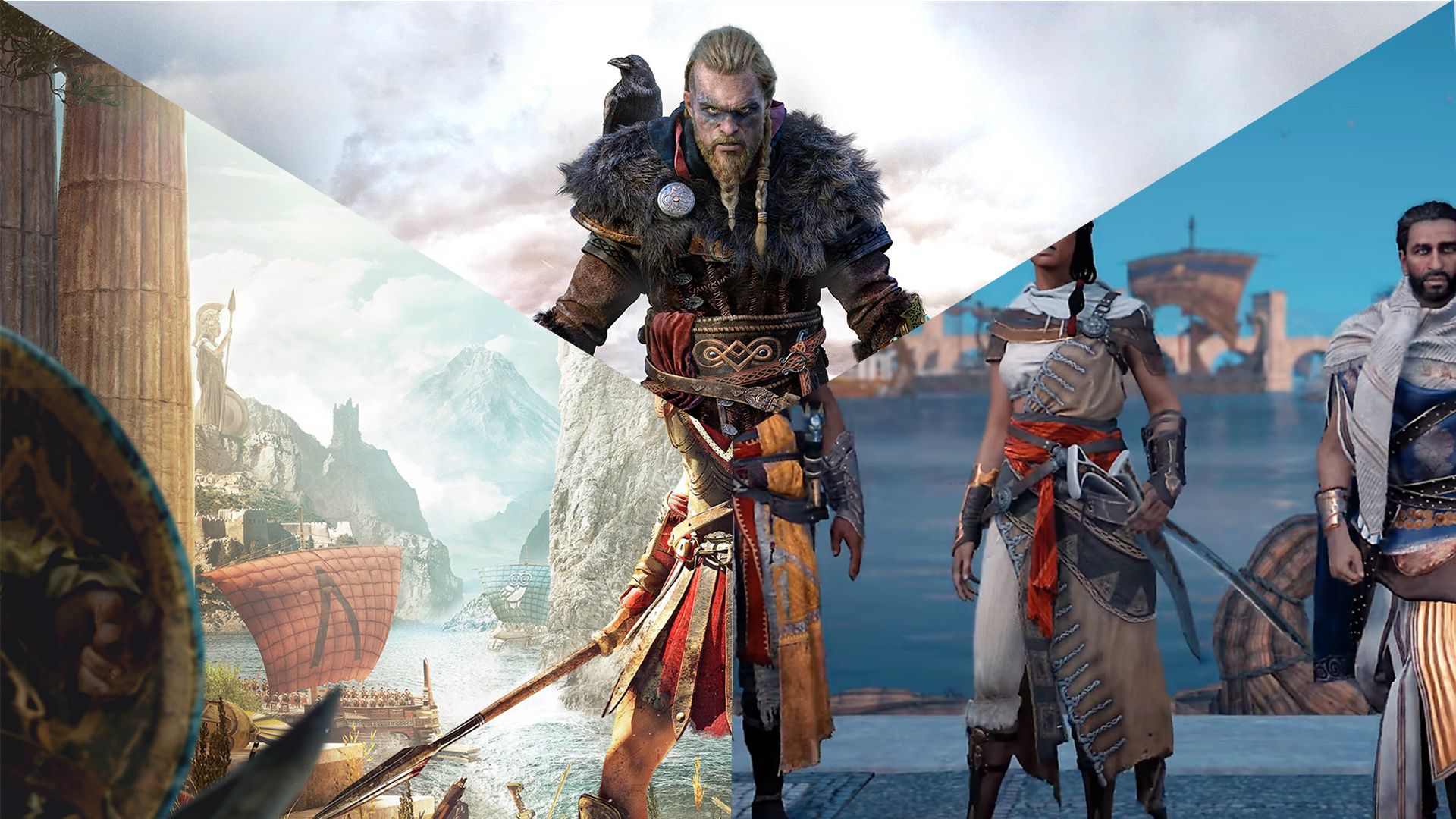 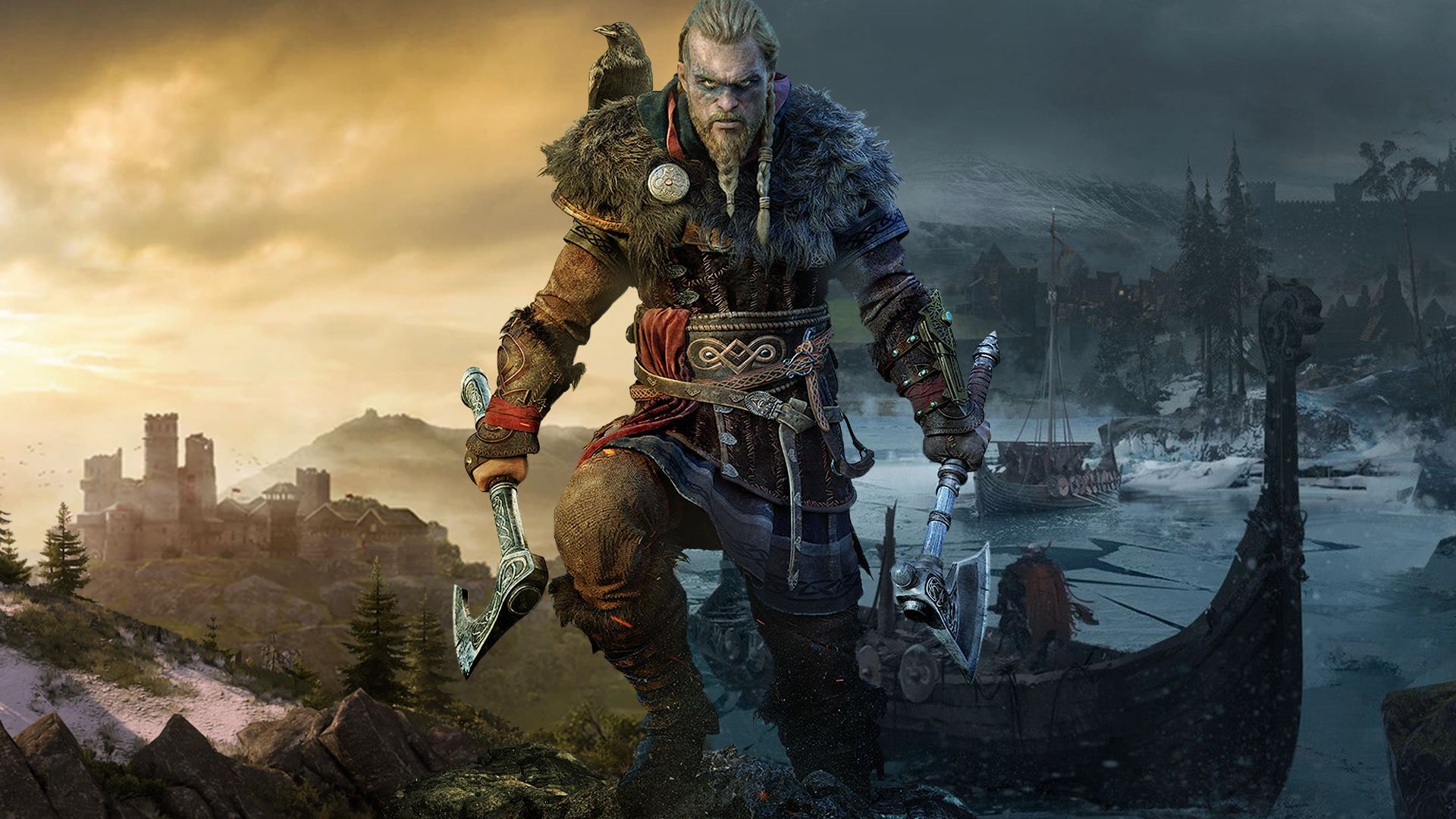 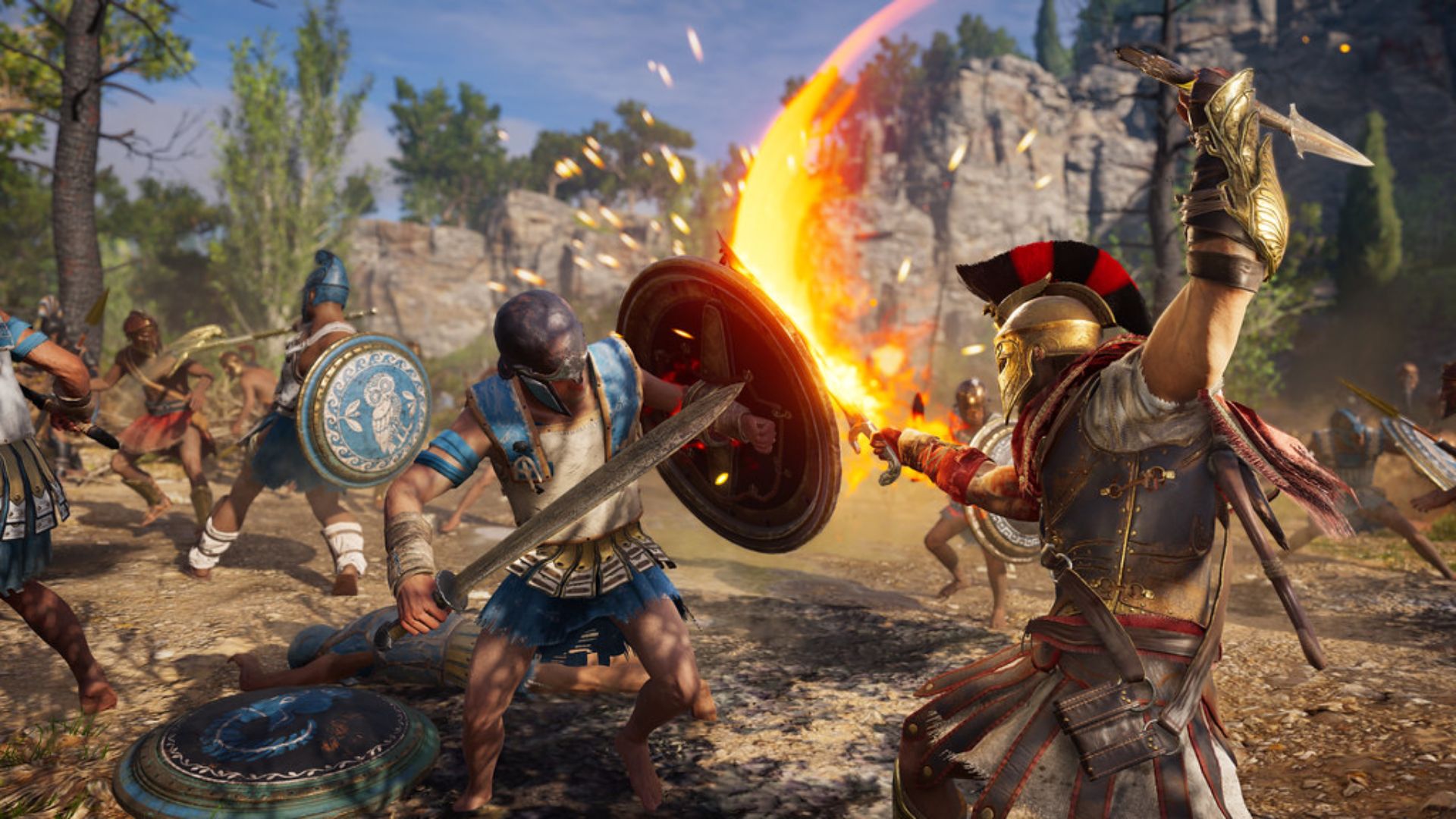 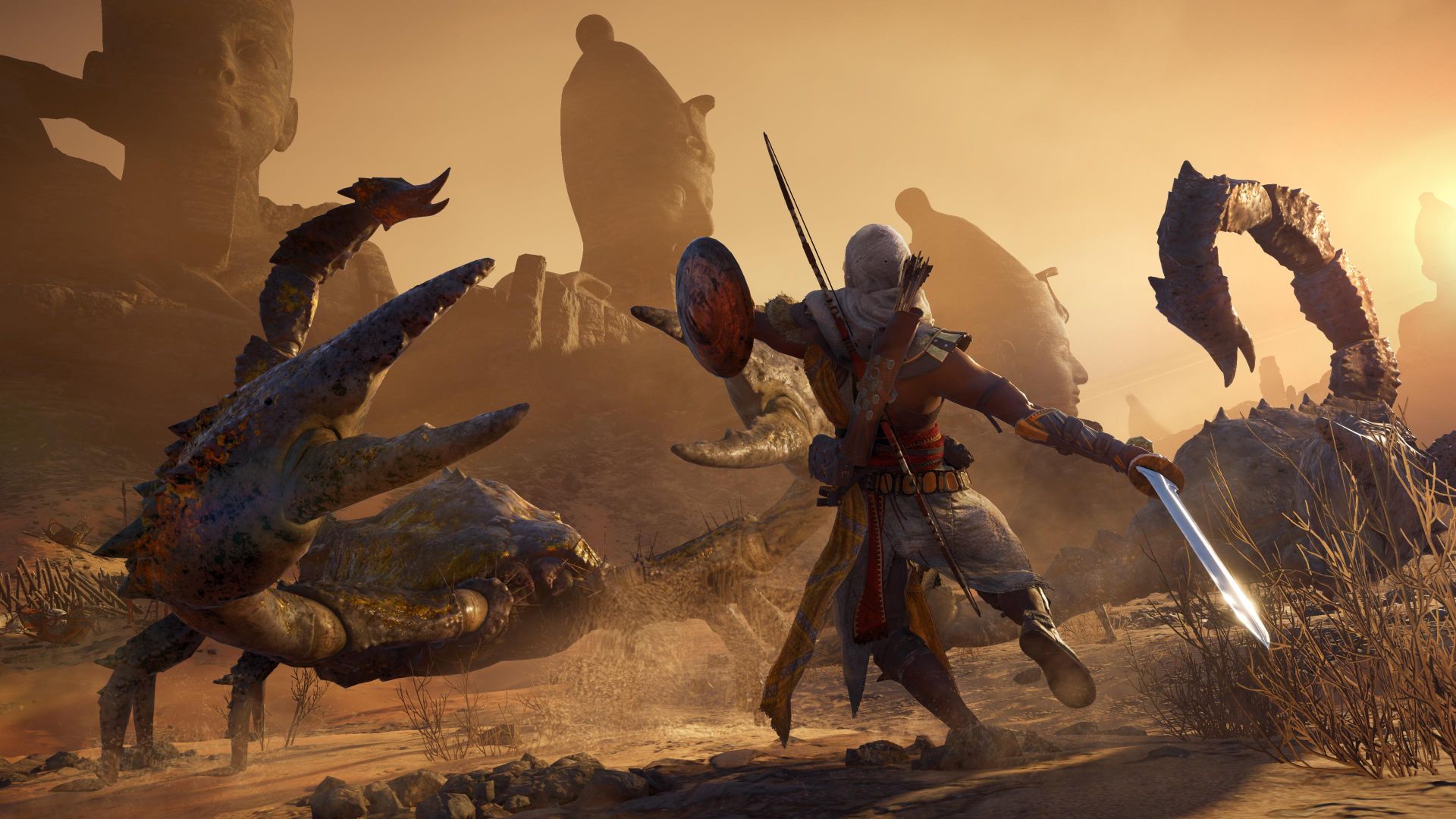 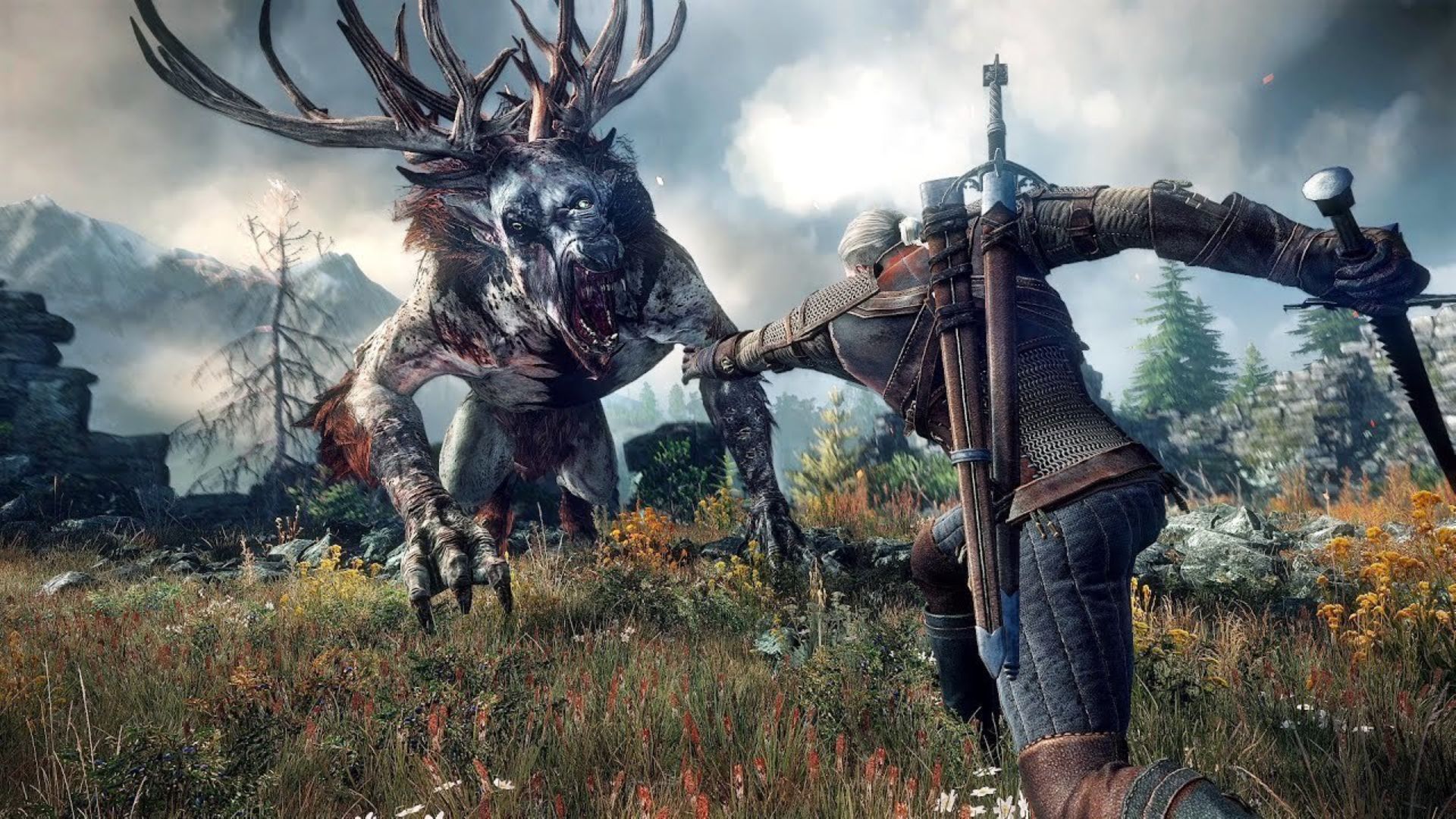 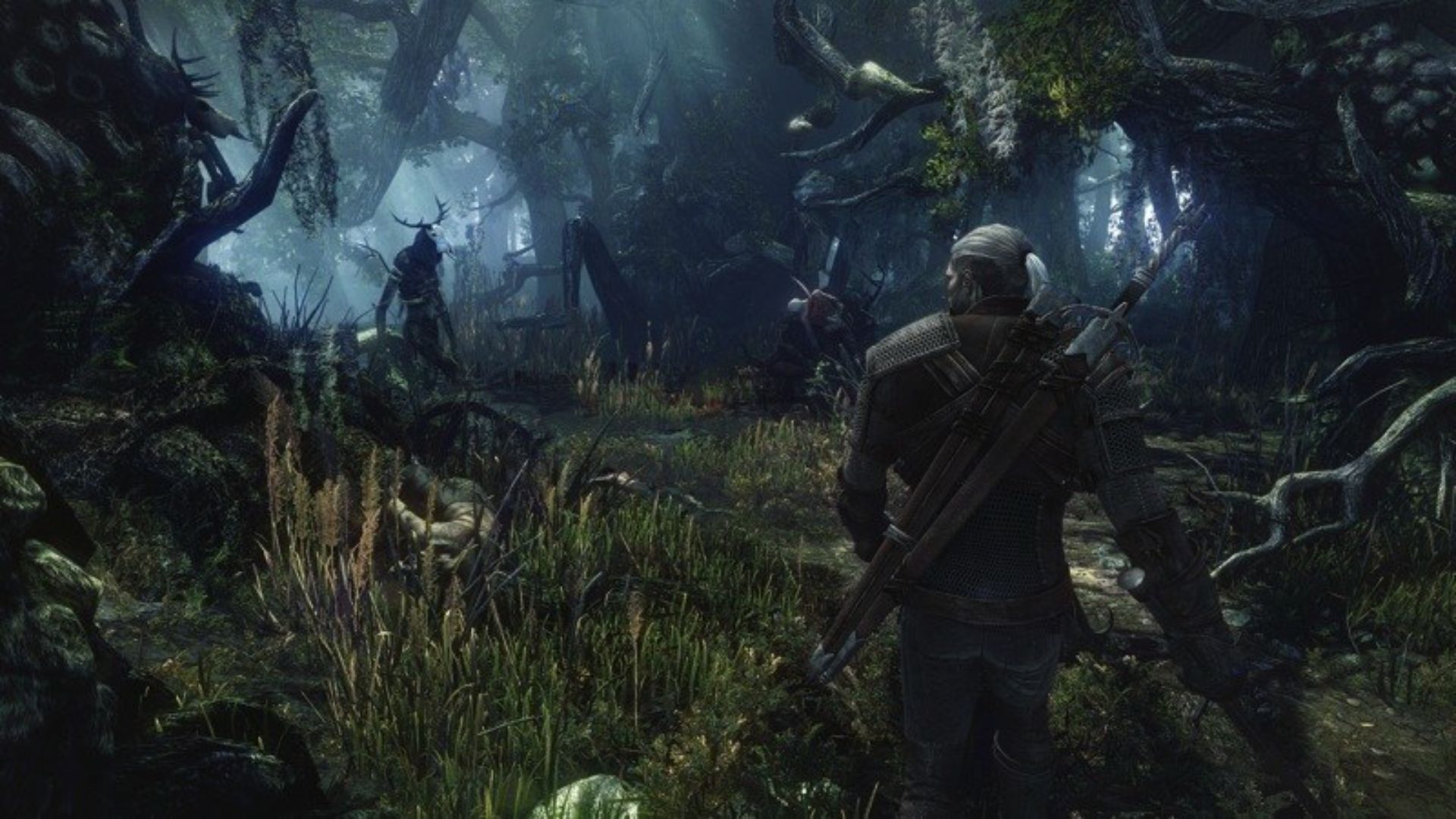 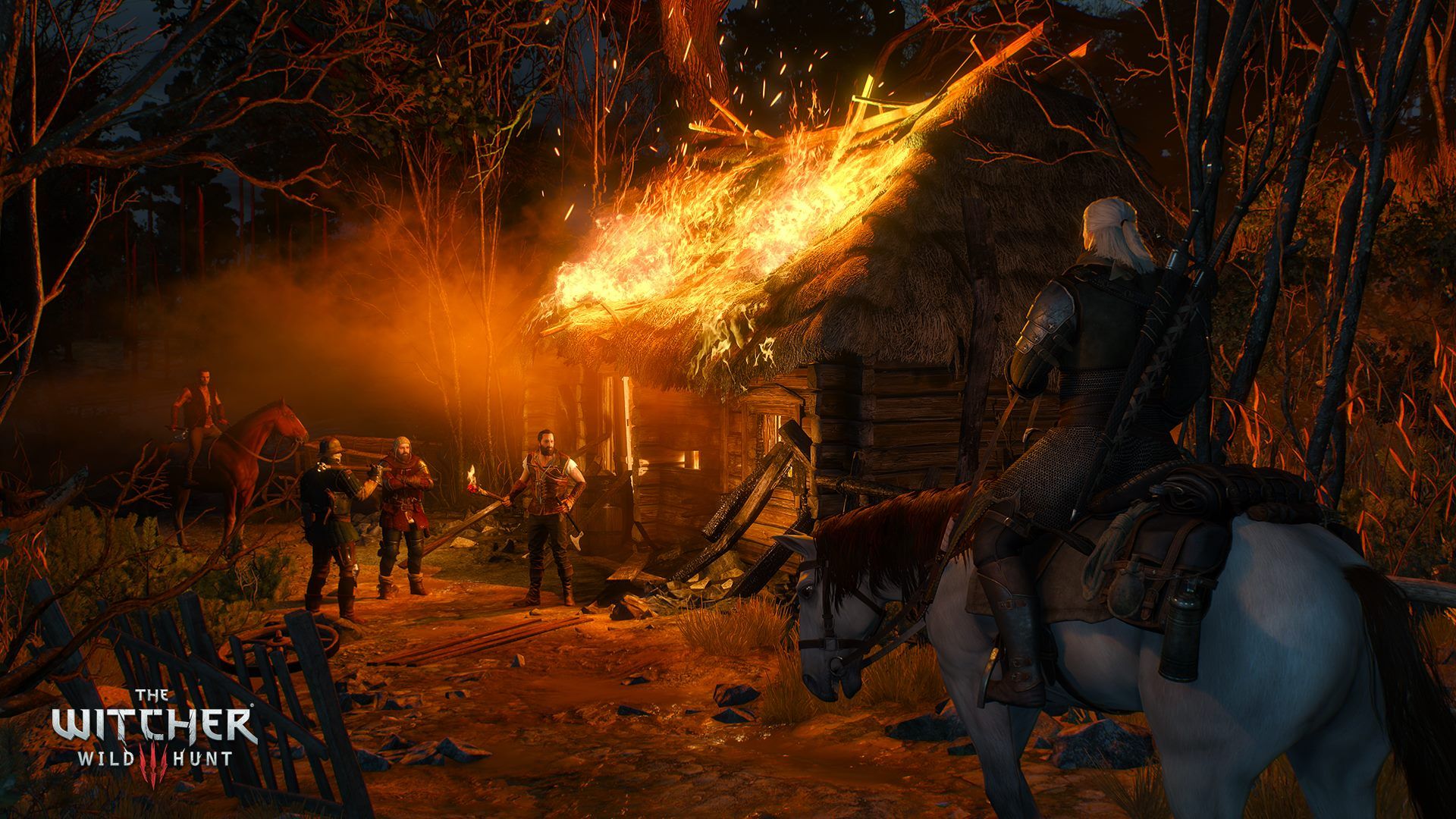 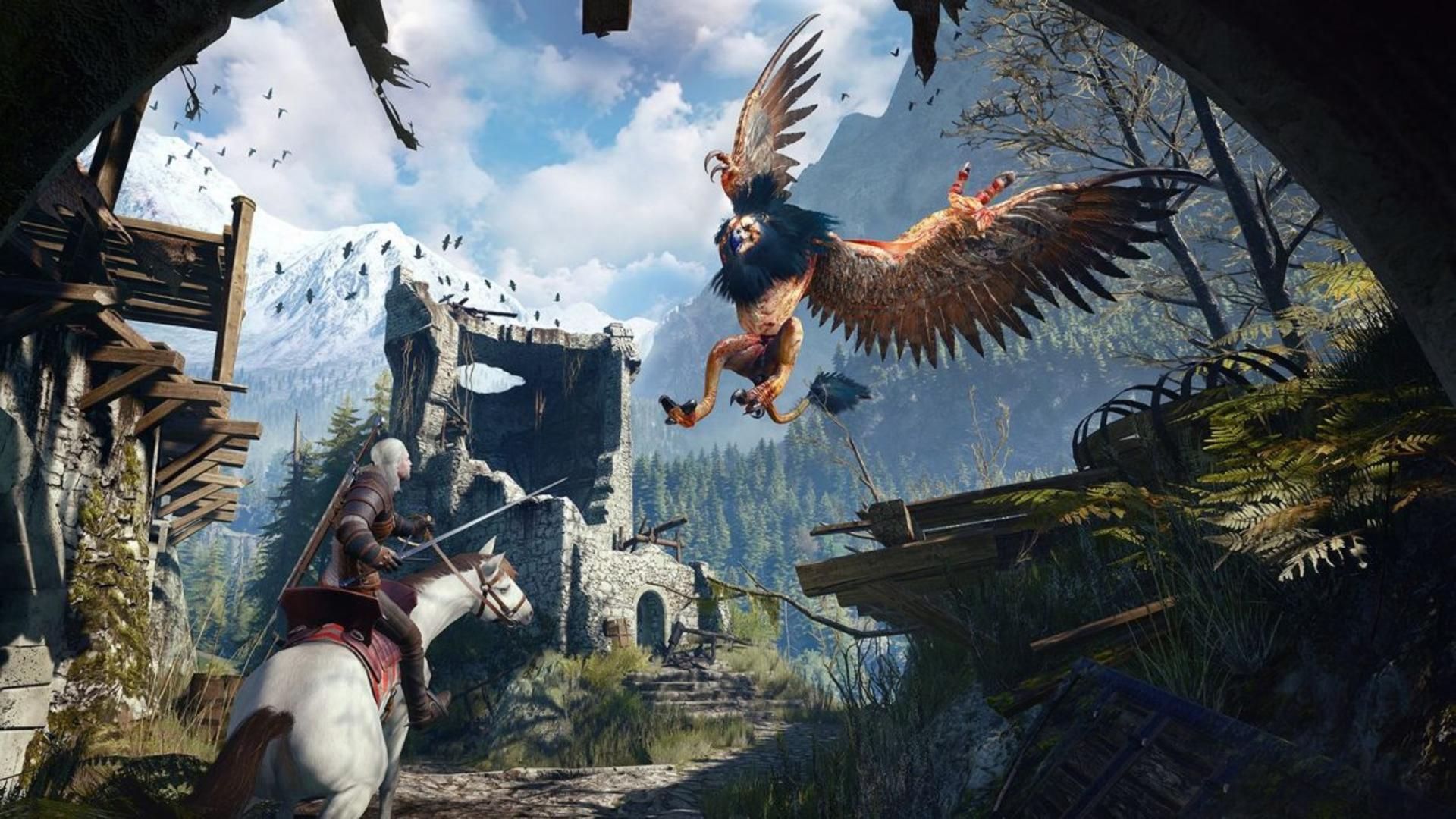 While not a video game, I also play Dungeons and Dragons, another RPG game, with some friends here at Georgia Tech. In the current campaign, I am playing a Tiefling Order of the Lycan Blood Hunter named Fenrir Darksword (codename given by the order: Emberclaw). He has learned to play into being an intimidating monster because of the fact that others were always already afraid of him due to his Tiefling features. For more information on his story and mechanics, see my Character Document or my DND Beyond Character. 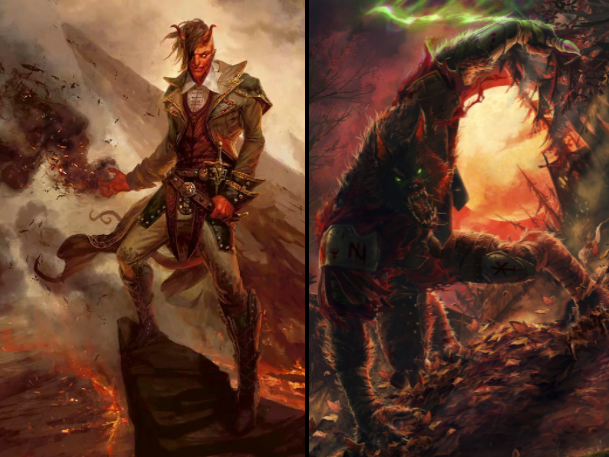 I also really enjoy playing basketball with my friends back in New Jersey. Whenever I'm back in town for summer or winter break, I always make sure to catch up with the group I play with and run plenty of games.

Or get in contact with me directly using the form below: